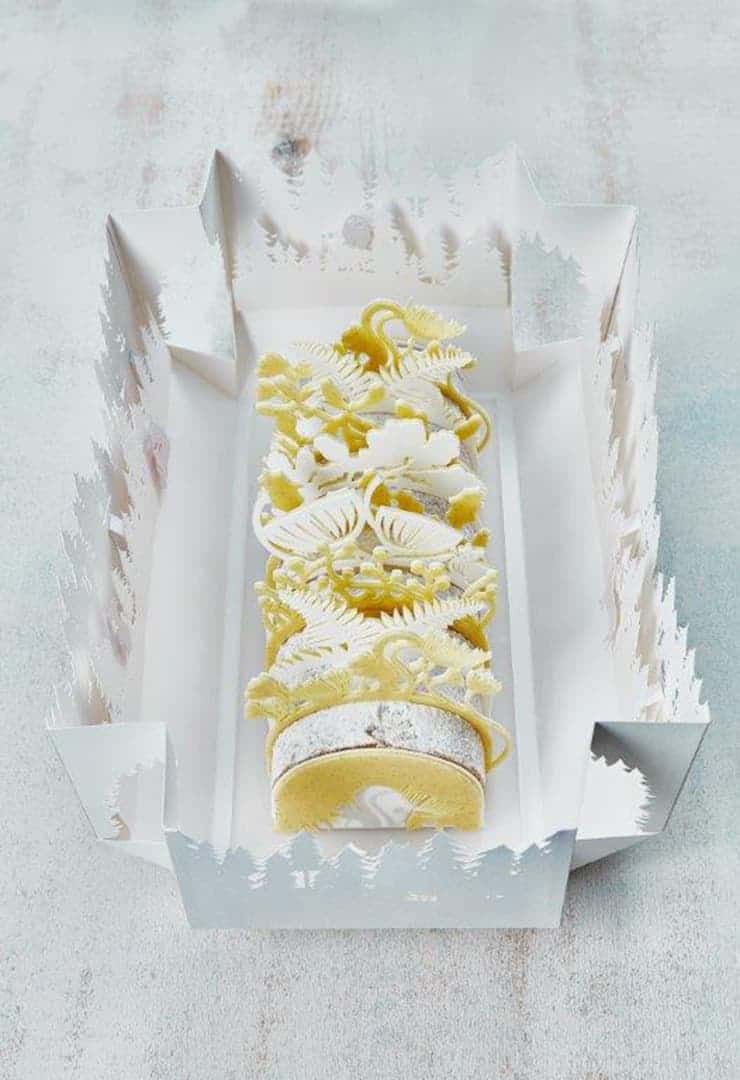 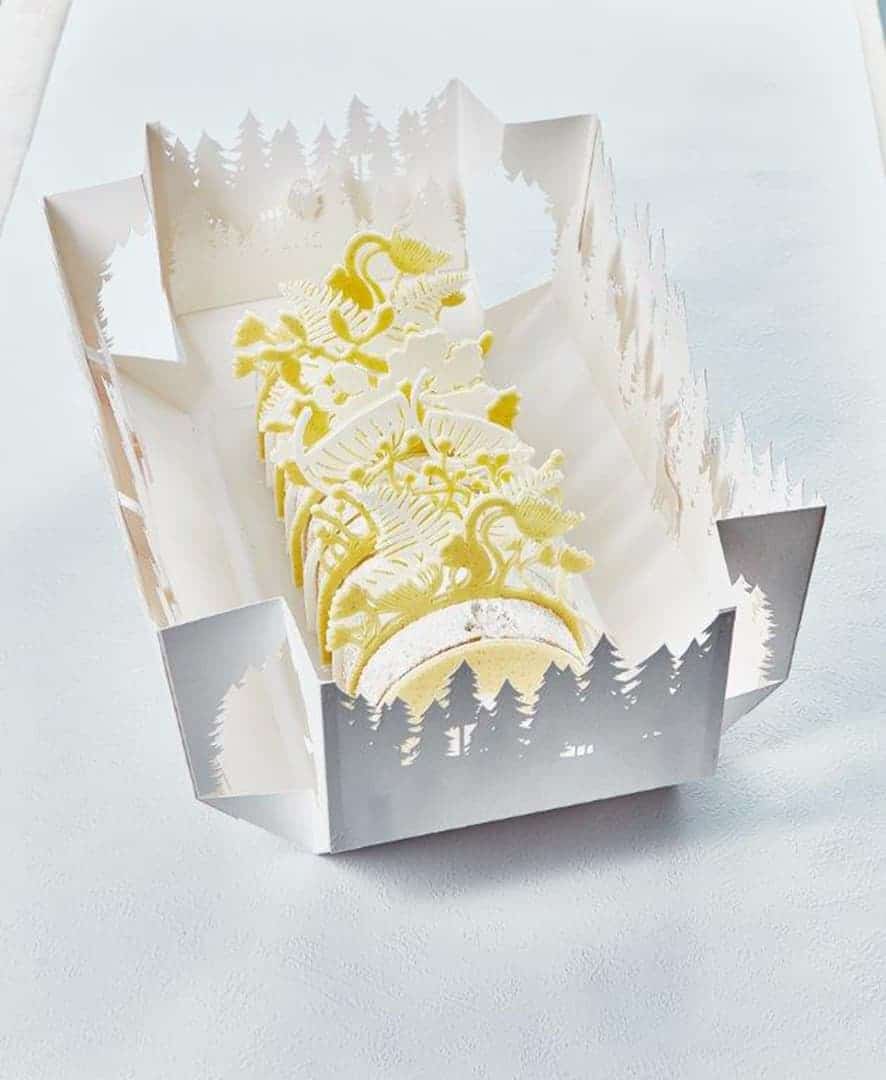 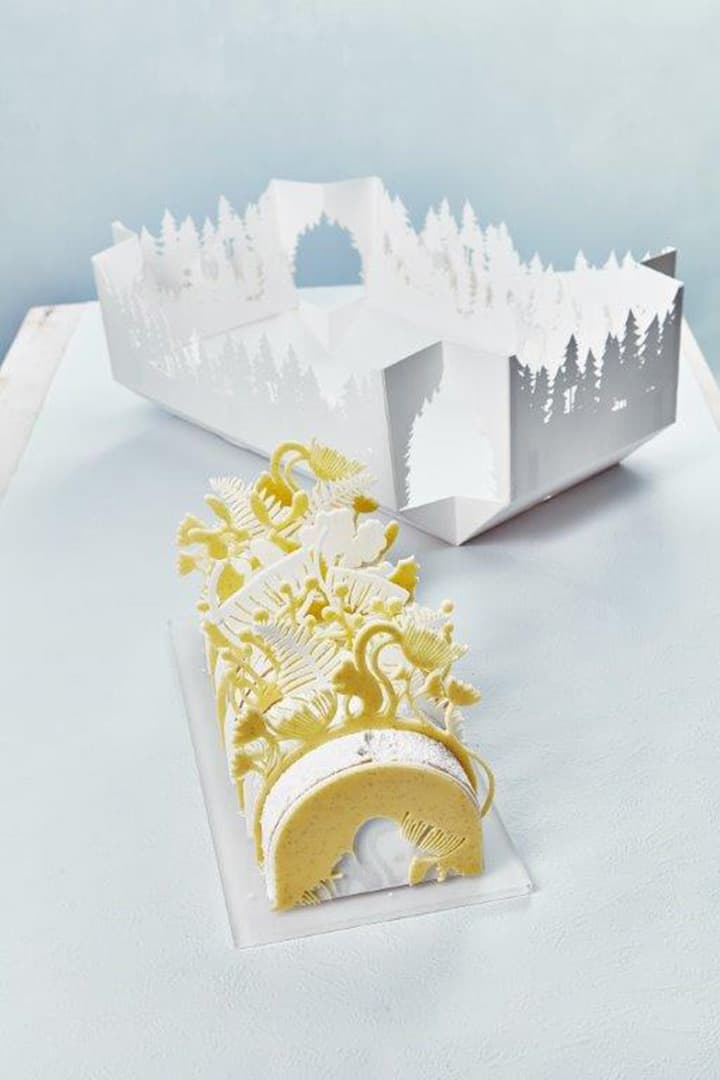 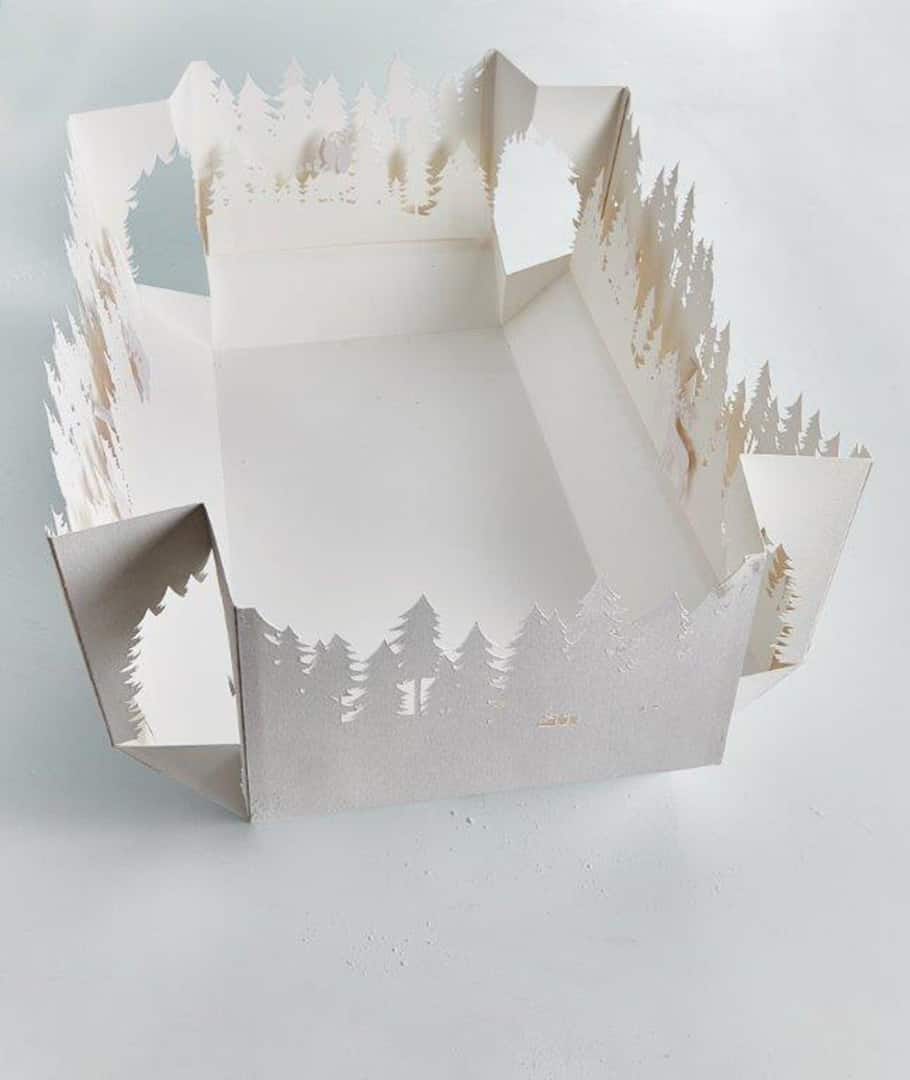 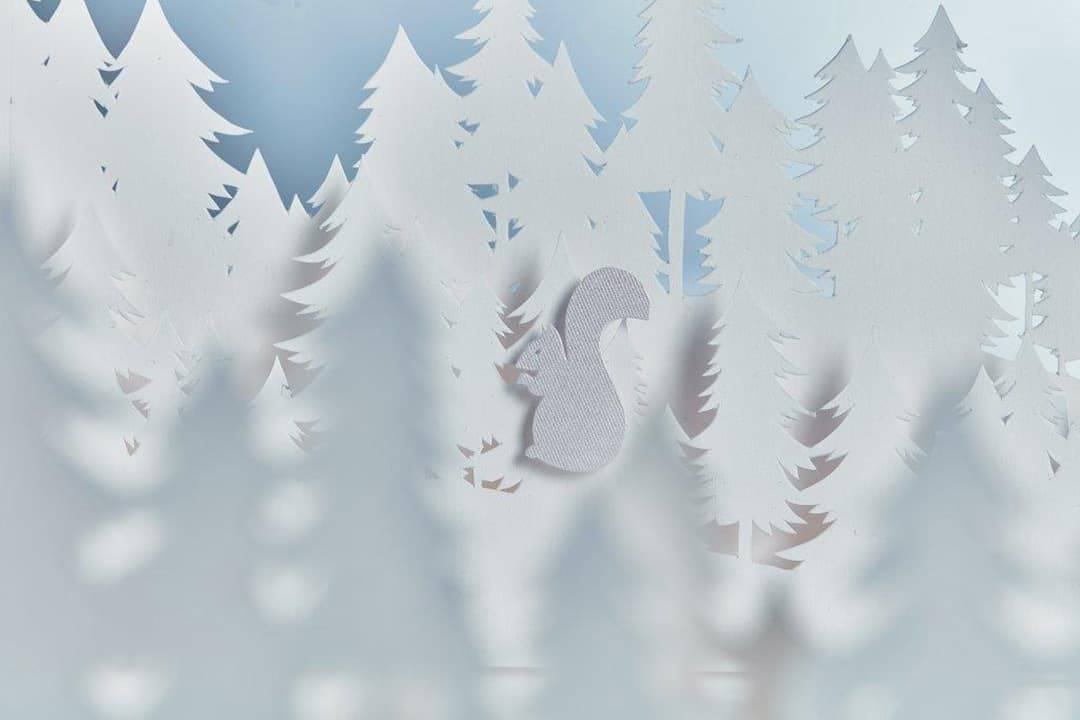 Packaging
PROJECT : Research and Development
CLIENT : Lenôtre
REALISATION : Design of the crown, the charms and the Christmas log-shaped case with the enchanted forest theme.

Lenôtre interviewed Studio Marianne Guély in May 2017 for the artistic direction of Christmas, “Magic, Poetry and Gourmandise”. A project that is part of all the event’s supports, packaging, and showcases, and is articulated around the creation of the signature Lenôtre log 2017.

For this project, it is the magic of Christmas, very dear to Marianne Guély, that inspires the Studio’s research approach, but also a tale, chosen for the event by Lenôtre. This offers a wonderful setting for the creation of a visual, sensory universe that immerses us in an enchanted forest.
“Once upon a time, in the heart of a pretty, isolated clearing, there was a pack of wolves that lived peacefully. Sociable and loyal, these wolves aspired to a quiet and happy life, like the generations that preceded them. None of them had ever imagined that the surrounding forest was sparkling with magic…”

For the log, as for its box, Studio Marianne Guély chose to push to the extreme two very simple ideas, for a spectacular result.
At the creation of the cake presided over the intention to offer each guest a part of the event. The desire to see it on the plate is associated with the memory of childhood when on the logs there is a lumberjack at work. Thus, the log created by Studio Marianne Guély was designed piece by piece so that each one of them would constitute a decor in its own right.
For the box, the idea of the pop-up, both playful and technical, was chosen. Here again, it is by seeking to go further in the experience offered to the person who will receive it, that the concept of a box set consisting of a double pop-up was born. By multiplying the narrative space, the forest is thus deployed in two levels, allowing the animals to be presented in rich paintings that illustrate the tale.

The two pieces together constitute an event-driven experience and assume an aesthetic bias that emphasizes the cutting. The model of the log, made up of layers corresponding to the parts, was given to Chief Guy Krenzer.
Its structure inspired the recipe, its realization required the development of a secret technique by the laboratory of la maison Lenôtre.
The Studio team assisted Lenôtre’s purchasing department in the implementation of the box set production. This beautiful synergy resulted in the creation of a very exclusive product, illustrating the excellence of the associated know-how.