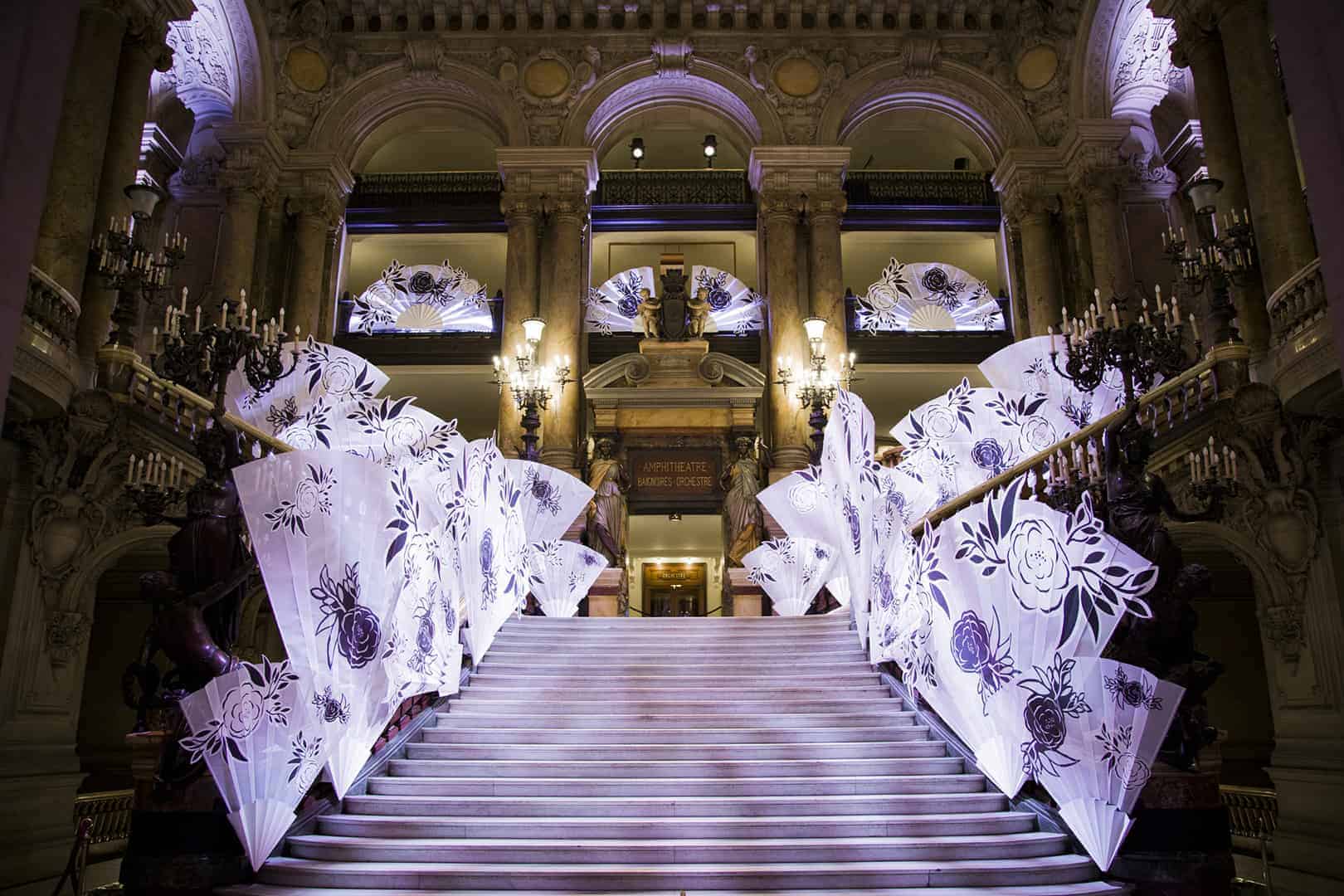 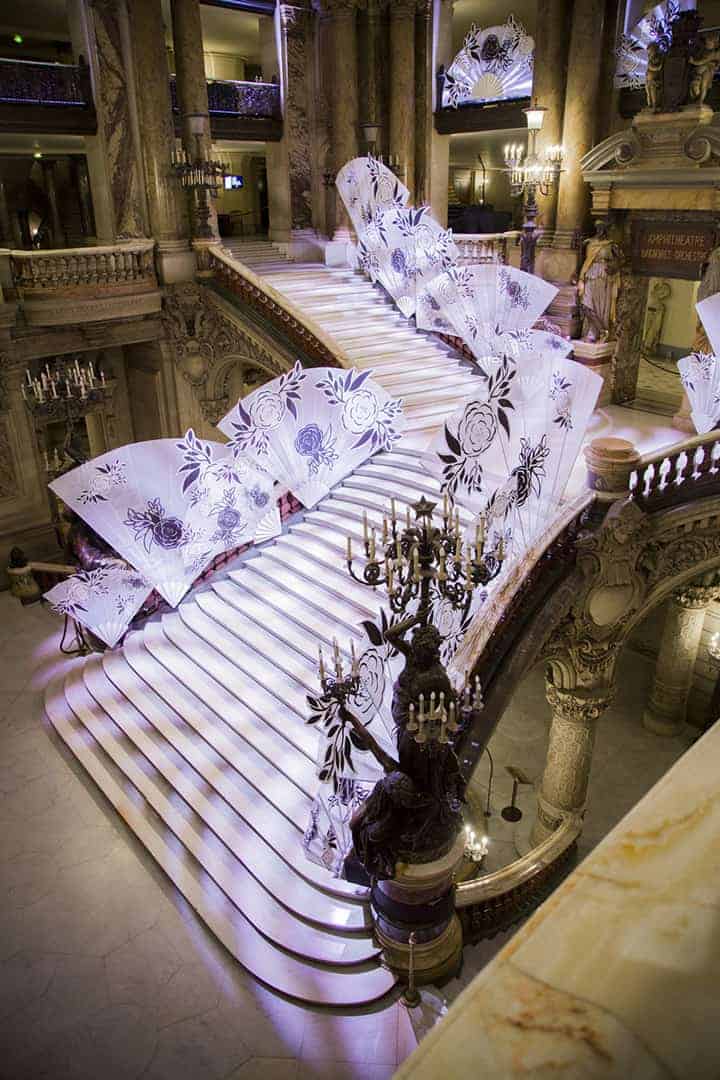 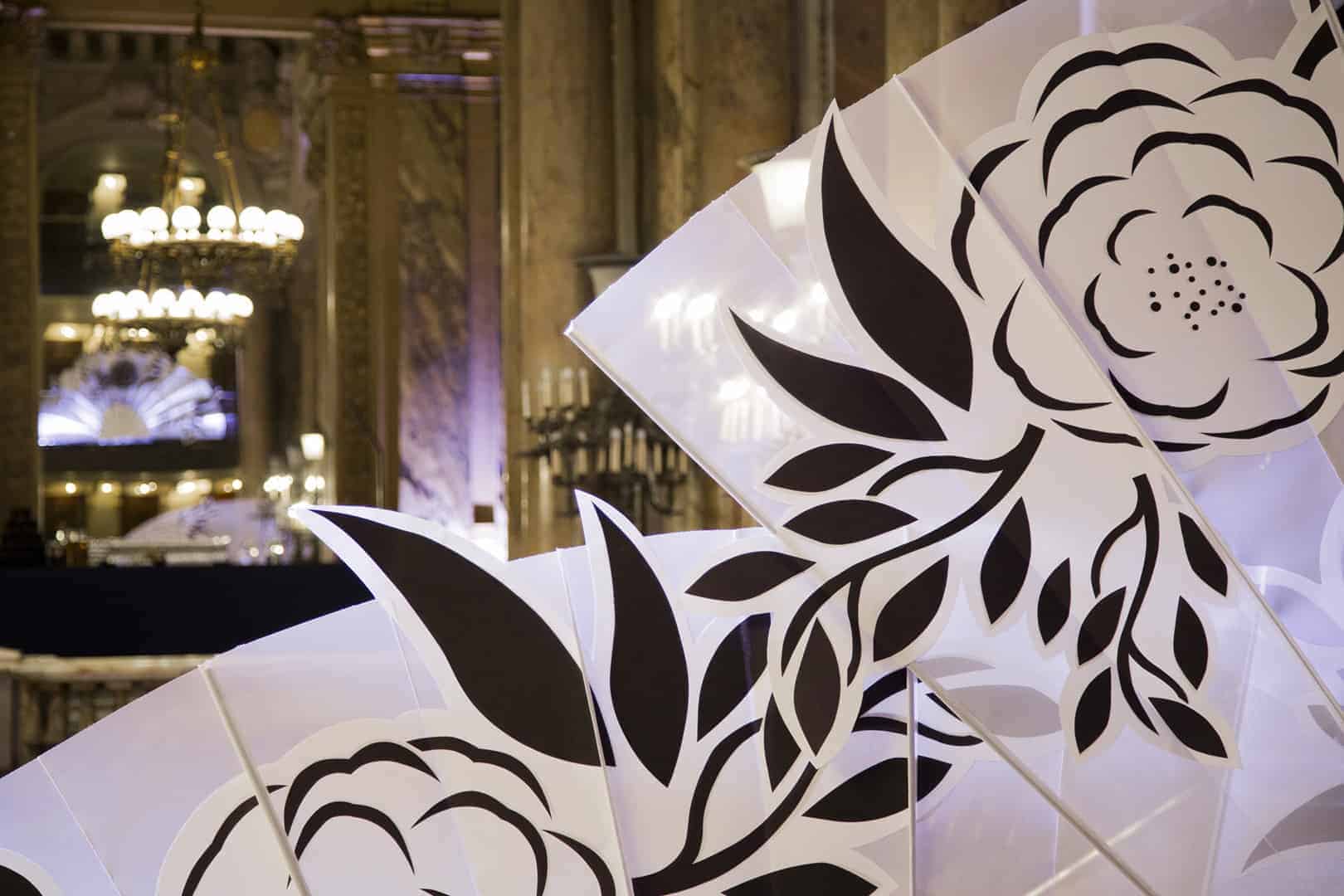 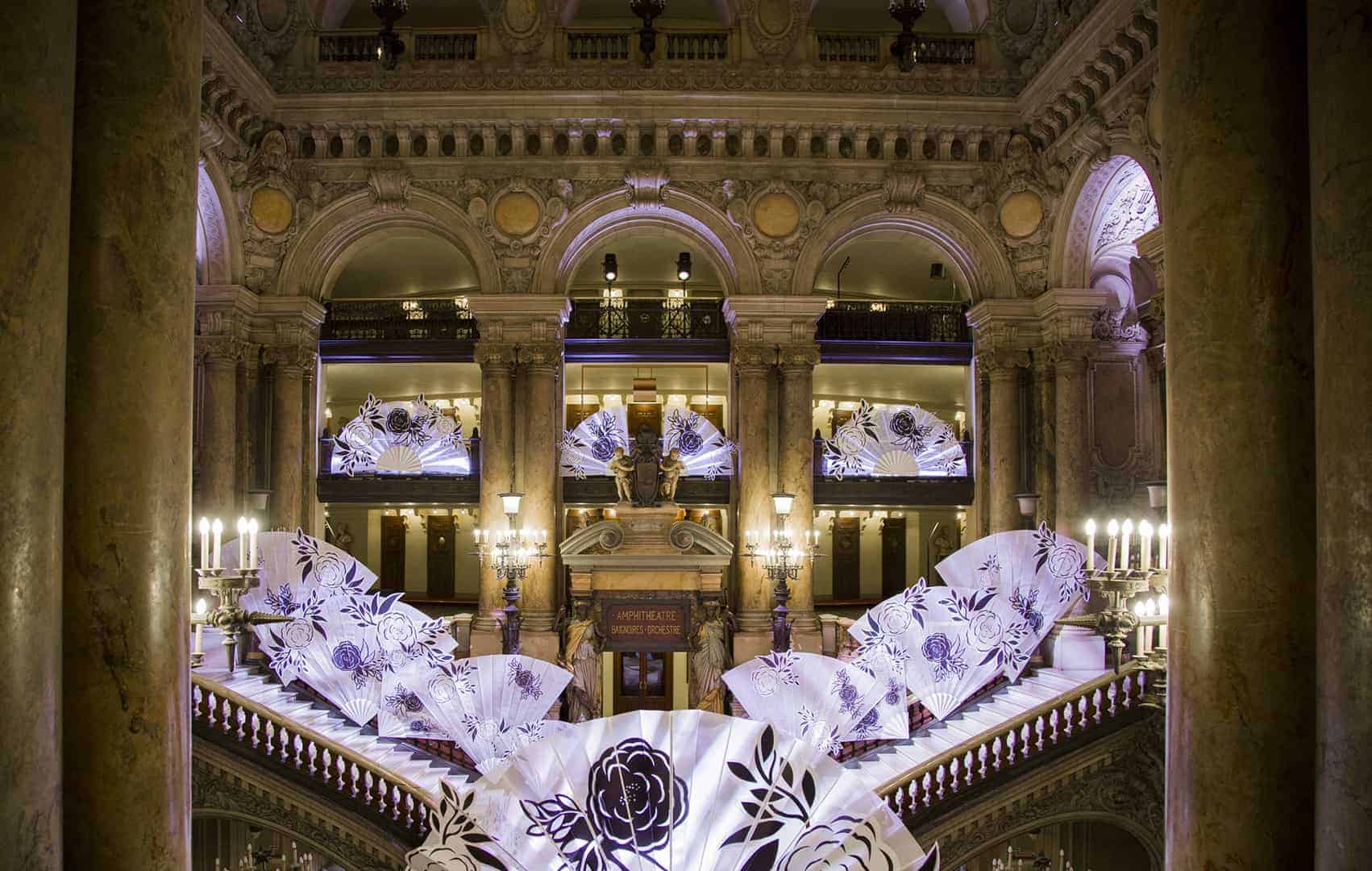 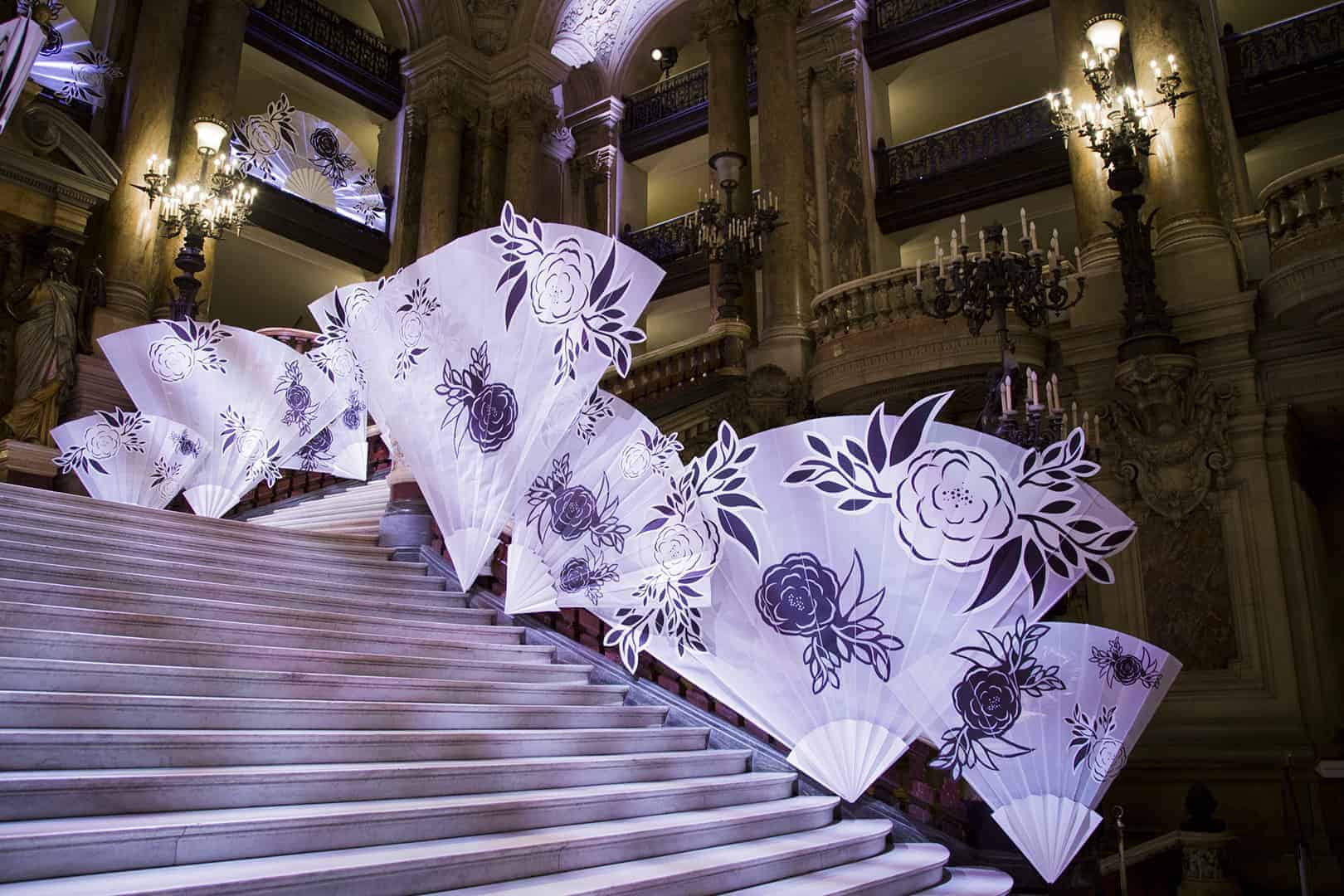 In July 2018, the Byart Agency contacted Studio Marianne Guély. The objective: design and produce an unforgettable scenography for the one thousand clients invited by the Credit Agricole CIB to attend a private performance of la Dame aux Camélias, presented at the Opéra Garnier, December 4, 2018.

The intention was to create a unique experience for the one thousand guests who would be present at this private performance of la Dame aux Camélias. To immerse the spectators in the world of ballet as soon as they entered the Opéra Garnier, it was necessary to provoke a shock: create a spectacular covering for the grand staircase.
The team at Studio Marianne Guély proposed four avenues of research to the Byart agency.
The motif of a fan was used. The team at Studio Marianne Guély had gone several times to the Opéra Garnier to immerse themselves in the universe of the location and la Dame aux Camélias, including examining the costumes.
More than a dressing of the stairs, the intention was to carry a part of the soul of the show outside the room.

The shape and texture of the fan had been specified, in full coherence with the location and the ballet, down to the last detail. The Studio conducted a simulation to allow Byart Agency to project the fans, fabric and paper dancers, into the space of the Opera.
The Opéra Garnier is not only a public place, but also an historic building. To anticipate the installation, several technical meetings were organized, thus allowing the team of Studio Marianne Guély and the team of Opéra Garnier to exchange ideas beforehand.
As with ballet, the secret of magic lies in perfect technical mastery, executed with grace, without the effort being noticeable.
In order to further extend the experience with a gift to guests, a fan made of paper had also been created.

Rigorous preparation was essential to meet site specific constraints without ever damaging the creation, and deliver an impeccable result. Two half-days of testing were necessary to finalize the placements, another for the light. On D-Day, the team started the assembly at 7am, by 4pm everything was in place.
The guests arrived at 5:30 pm, their amazement was palpable.
Disassembly, which is less valued than assembly, is nevertheless essential, especially in a place like the Opéra Garnier. At midnight, the Studio team got busy so as to leave the location tidy and guarantee a serene inventory of fixtures to its customer.

Shortly afterwards, Crédit Agricole CIB expressed its wish to recall the evening for its clients and reaffirmed its confidence in Studio Marianne Guély by calling on them to carry out greeting cards with the fan motif created for la Dame aux Camélias.